Rise of Entrepreneurship
for Native Americans

For well over a century, nearly all tribal nations depended in large part on welfare payments from the US federal government. This dependence came in the form of federal subsidies, jobs, and other social service programs. Combined with the generally isolated location and lack of resources these tribes had access to, this meant little economic development was happening within their communities.
‍
Consequently, some of the worst poverty in the US has been on tribal reservations. In 2000 the poverty rate for Native Americans on reservations was over 31 percent while the national average sat around 6 percent. Unemployment among Native Americans on reservations around the same time was slightly more than 50 percent. Nationally, from 2007 to the beginning of 2010, Native American unemployment nearly doubled from 7.7 percent to 15.2 percent.¹
‍
Adding to the problem is the simple fact that little entrepreneurial training or education was taking place in these communities. Resources and funding were additionally hard to find. Starting a business is a daunting enough task to begin with; these issues complicated it to the point of near impossibility for many Native Americans.
‍
Until the end of the 20th century, tribes remained essentially tied to the US government. The Indian Gaming Regulatory Act of 1988, however, started to turn those tables. Signed by President Ronald Reagan, and despite some regulations still in place, tribes essentially took over exclusive rights to gambling on their sovereign lands. Since the enactment, the growth has been staggering. In 2009 there were 425 casinos owned and operated by 233 tribes in the United States.² Revenue from these gambling sites have jumped from $10 million in 1988 to $16.7 billion in 2006 and to over $26 billion in 2009.³ These casinos have brought about tremendous growth to tribes across the US.
‍
These numbers alone have been key to the economic growth of tribes, but they are indicative of a more important trend taking place for Native Americans and within tribal communities: entrepreneurship.
‍
In 1997 the US Census Bureau estimated over 197,000 Native-owned businesses in the US. That number grew to over 206,000 by 2002 and over 300,000 by 2015.⁴ Because the Bureau’s tracking of Native-owned businesses has taken different data points over the years, these numbers alone do not depict the actual growth taking place; nonetheless, they do reveal that tremendous growth has taken place and continues to take place for tribal nations.
‍
While much of the business development for Native Americans has taken place outside of tribal reservations, often in urban settings, progress has still been made on the reservations themselves. The best example is of course gambling; but other businesses such as food enterprises, agriculture, retail and telecommunication enterprises have taken off.⁵

What does this mean for tribes?
‍Put generally, the rise in entrepreneurship for Native Americans has meant an improved quality of life for both individuals and their communities.
‍
First and foremost, the rise has created new jobs. Although only 8 percent of all these Native owned companies actually create jobs by employing someone other than the owner, they have created jobs nonetheless. There are serious improvements that can still be made for these businesses to grow and provide more jobs; access to more resources, better business training and funding are chief among them.
‍
The rise of entrepreneurship on tribal reservations has also meant that these communities have begun to retain more of their talent. Whereas top talent would venture to bigger cities seeking education or entrepreneurship opportunities in the past, top talent is now staying home and building businesses there. This is obviously great for the economy, but it also provides some of those resources and educational opportunities to younger generations that were previously lacking as well.
‍
In economic terms, business development has been key. The amount of money being spent on tribal reservations is thusly increasing. First, this provides an improved tax base. Taxes improve the community at large, strengthening infrastructure, legal systems and education. Second, many of the businesses tend to reinvest their profits locally either in the form of new jobs or maintenance of their communities, in effect, intensifying the rate of development.
‍
This all, in turn, strengthens tribal sovereignty. Tribes with improving economic activity are becoming less and less dependant on federal money. Increasing economic diversity and tax revenue gives tribes more authority on budgeting and policy-making than was previously possible. Tribes do not have to rely on one major source of revenue such as gaming or natural resources, decreasing their vulnerability to the US economy at large.
‍
However, poverty and violence continue to impede growth; unemployment on reservations still ranges from 20 percent to 85 percent, significantly higher than the national average.⁶ Much has been done economically and politically, such as the Tribal Law & Order Act of 2010, but for real change to start occuring much still needs to be done. Tribes can begin by simply encouraging more entrepreneurship in their communities. There are Native American business success stories around the US that can serve as examples for the community and aspiring business men and women. Finding new ways to provide educational opportunities and access to resources and funding are essential as well.
‍
In short, the progress has been great for many tribes, but there remains many challenges to further growth. 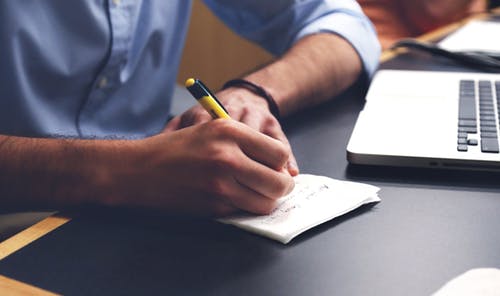